After Elizabeth Wright last worked as a level designer on “God of War: Ragnarök”, she has now decided to switch to Skydance New Media. There she will join the team working with Amy Hennig on a new Marvel project.

One of the most successful and best-rated titles of the past year is the action title “God of War: Ragnarök”, developed by Sony Santa Monica Studios, which was released for the PlayStation 4 and PlayStation 5.

Elizabeth Wright, who has worked as a level designer on “God of War: Ragnarök” in recent years, also played a part in the success that should not be underestimated. As Wright confirmed via her official Twitter channel, she decided to look for a new creative challenge and left Sony Santa Monica.

As her new employer, she confirmed the studio Skydance New Media, where she will meet an old friend. We’re talking about Amy Hennig, who is currently working with Skydance New Media on a new Marvel project that was officially announced in September last year.

A new story in the Marvel Universe

At Skydance New Media, Elizabeth Wright will join the Marvel team and work as a senior level designer on the Marvel title. Too many details about this have not yet been mentioned. So basically all we know is that we can look forward to a brand new story set in the Marvel Universe that puts us in a fictionalized version of WWII.

Here we take on the fight against Hydra in the role of four confirmed characters. Heroes include a young version of Captain America aka Steve Rogers, Black Panther (Azzuri), Gabriel Jones and Nanali. In addition, intuitive controls and gripping action were promised. According to the developers, the implementation of the story will be based on various well-known comics, films and series. 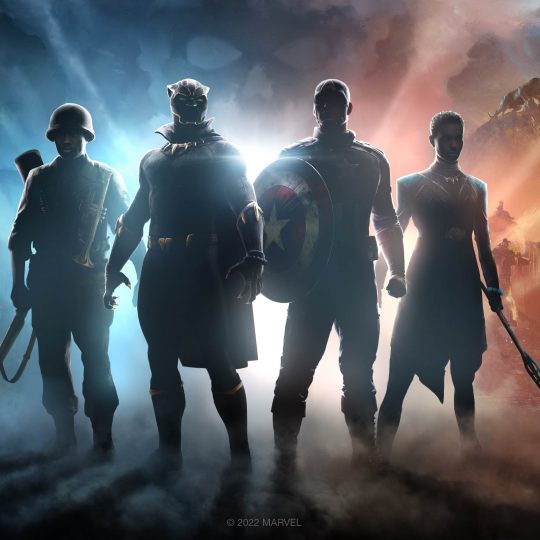 Skydance New Media has not revealed when the official unveiling of the Marvel title can be expected. No information has yet been given on the platforms supplied. But we can probably count on implementations for the PC, the PlayStation 5 and the Xbox Series X/S.

Pleased to announce that I’ve joined @Skydance New Media as a Senior Level Designer working with @amy_hennig on a new #Marvel game! pic.twitter.com/TSBuDo8CIh

Hogwarts Legacy: how to open the puzzle door with numbers and animal symbols?

Forspoken demo coming to PC today - along with the release

Squeezie does nothing like everyone else and proves it once again. His latest project will drive fans crazy

NHL. 7 consecutive wins for Pittsburgh, defeats for Washington and Colorado

Wilder reveals when his fight with Joshua will take place