Source: ex-coach of Shakhtar can lead Juventus, which has problems 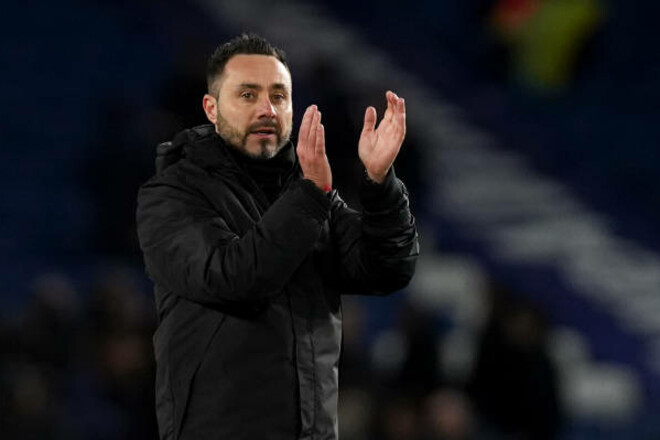 Italian specialist Roberto De Dzerbi being considered by Juventus as a replacement for manager Massimiliano Allegri at the end of the season.

The Italian got off to a good start at Brighton after replacing Graham Potter in September 2022. He has bright victories over Chelsea and Liverpool.

Although Roberto has a four-year contract, he admitted in a recent interview that he misses Italian football, but added that he has no plans to return at the moment.

Juventus are in trouble. The club is appealing against the removal of 15 points for financial violations. The Serie A team’s entire board has resigned and regardless of the outcome of their appeal, a new era is dawning at the club.

If Allegri leaves at the end of the season, it is expected that the Tottenham coach Antonio Conte and former coach of Real Madrid Zinedine Zidane who played for Juventus from 1996 to 2001, will also be on the list of candidates to coach the Turin team.

However, De Zerbi is an extremely attractive option for Juve. The 43-year-old has established himself as one of the best young coaches in Europe in three seasons at Sassuolo, earning the admiration of all the top clubs in Italy. Juventus have traditionally had a good relationship with Sassuolo and De Zerbi’s work has been closely followed since he made an impression there.

Roberto then joined Shakhtar Donetsk in 2021 where he spent one season before signing for Brighton.

Bethesda will hold an event in March but it's not clear if it will be public, says a rumor

Ideal for boosting the performance of your PC, this SSD with 1 TB costs no more than 60 €

First photos from the set of Star Wars: Acolyte released