Star Wars Battlefront 3? No, but Respawn Entertainment’s shooter may also have an online mode 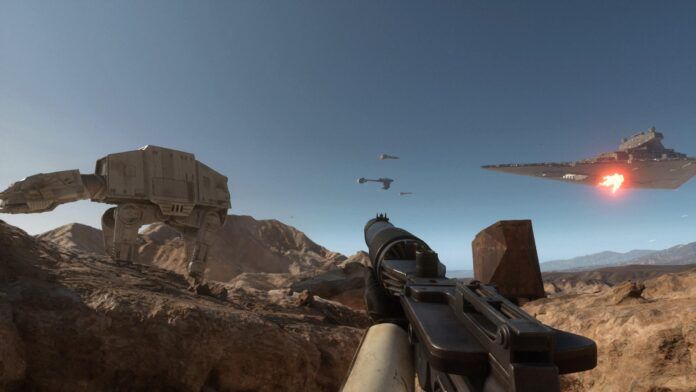 Respawn Entertainment is now one of the most talked about teams in the gaming world of Star Wars, after the popular Star Wars Jedi: Fallen Order. The team is currently working on two projects related to the franchise. One is Star Wars Jedi: Survivor, expected in Marchwhile the other is a first-person shooter that may also feature an online modebecoming in a sense the Star Wars Battlefront 3 that we will ever have.

This information is reported by Tom Henderson, a well-known insider who has shown that he has contacts in the world of Electronic Arts. Henderson’s statement, however, is based on a Curriculum published by Respawn Entertainment. A job posting from the company requires a Senior Gameplay Software Engineer who is familiar with multiplayer video games.

We clarify that this is not a necessary requirement, but an “extra” required by the company. Consequently, it is not certain that the next Star Wars shooter will contain a multiplayer mode, although the latter is very likely. Respawn Entertainment has already proven itself capable of creating compelling multiplayer PVP titles. It cannot be excluded that this could be a PVE cooperative mode. Either way, a FPS without a multiplayer component is quite difficult.

At the moment, very little is known about this shooter, except that it will be developed on Unreal Engine 5. The game will be directed by Peter Hirschmann, Game Director of Respawn Entertainment. In the announcement statement, Hirschmann stated that working on a Star Wars FPS was “a dream come true”, as it is a story that the Game Director “always wanted to tell”. Respawn is also producing a strategic one.

Matvienko agreed on a personal contract with the Premier League club. They give €20 million for it

The creators of Marvel's Midnight Suns showed the gameplay for Deadpool

Ninja Gaiden: Is Platinum Games working on a reboot of the series?