Stardew Valley is the most profitable “cozy” game on YouTube 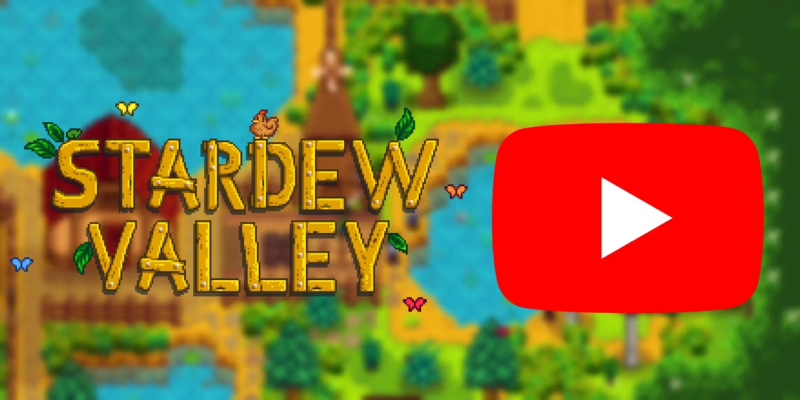 A recent study claims that Stardew Valley is the most profitable “cozy game” on YouTube, with walkthrough videos on the site bringing in tens of thousands of dollars. The farming sim from indie developer ConcernedApe has become one of the most popular farming games in the genre since its original release in 2016. Drawing inspiration from beloved franchises like Harvest Moon, the game has been constantly updated and released on most modern platforms. Now a new study confirms the popularity of the game on YouTube.

Cozy games like Stardew Valley have seen a big boom in recent years as many games look to capitalize on a more casual style of play. Games like Animal Crossing: New Horizons and Disney Dreamlight Valley have been huge successes, appealing to more relaxed and casual gameplay. Stardew Valley has also been instrumental in the boom in farming games in recent years, with even major developers like Square Enix taking advantage of their popularity. However, Stardew Valley continues to be at the top of the genre.

The study goes on to detail the most popular YouTube games in terms of video revenue, as well as the top 5 highest earning games. Grand Theft Auto 5 is well ahead of its competitors, with the best videos on the site earning more than $4,000 per minute on average. Elden Ring came in second, earning just under $1,600 per minute for top videos. Red Dead Redemption 2, God of War, and Star Wars Jedi: Fallen Order rounded out the top five, with top videos earning over $600 per minute in each game.

The popularity of Stardew Valley, both on YouTube and in general, has led many other studios to take notice of its success. Late last year, Square Enix’s Harvestella was released, which is a JRPG studio’s unique take on the farming genre, combining a farming simulator and a JRPG. Other games such as Tribes of Midgard and the upcoming Like a Dragon: Ishin! incorporated elements of farming into their gameplay. It seems that the development of farming simulations is not slowing down, and Stardew Valley continues to serve as a prime example of this genre.

Aroged: A section with free podcasts has appeared in the VK Music service

Microsoft Activision Deal: Sony is now playing this role in the FTC lawsuit

Saga of Sins: Story Arcade will be released in late March

Marvel has found a new director and screenwriter for “Blade”