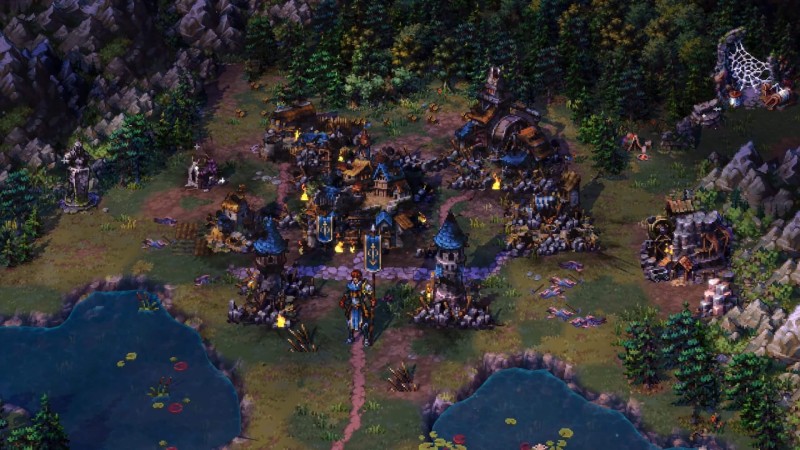 Lavapotion has released their 2023 Songs of Conquest roadmap, which outlines what’s in store for the turn-based strategy RPG this year. A full release is scheduled for the third quarter of 2023, along with other improvements such as new campaigns, achievements, and an artifact market.

The roadmap is divided into three quarters, and the release of version 1.0 is scheduled for the end of the third quarter. In the first quarter, you will receive an Artifact Market where you can buy and sell Artifacts, as well as beacon upgrades that will allow you to use this feature to move around the Songs of Conquest map. Other first-quarter improvements include additional skirmish maps and an improved map editor. The first major new campaign for Songs of Conquest will arrive in the second quarter in the form of Barony of Loth, which will greatly expand Songs of Conquest. Q2 will also see new unit traits and abilities, random events in Loth, improvements to the game’s netcode, and even more maps to battle. .

Finally, in the third quarter, Lavapotion will introduce another new campaign, the “Baria” campaign, as well as many other things. Achievements are coming to the game this quarter, and you will finally be able to create your own campaigns. More artifacts, skirmish cards, and random events will also be added before the full release of Songs of Conquest in the second half of the quarter.

Of course, the roadmap is, according to Lavapotion, a “living document” so all of this could change before the game launches. Be sure to check out the announcement on Steam for a clearer idea of ​​what’s in store for the game in the next few months.

Songs of Conquest is available on Steam right now, where it is in Early Access.

All games announced for PSVR2: from Horizon Call of the Mountain to Firewall Ultra