The creators of Warhammer 40K: Darktide have postponed the planned releases

Last December the studio Fatshark released a promising shooter Warhammer 40K: Darktide. But if at first the game received mostly positive reviews, now reviews in Steam – mostly negative, only 35% of players left recommendations. The developers sent an open letter to the players, in which they assured that they were able to make a game that would appeal to millions of players. Warhammer 40K: Darktide was supposed to be a project whose depth would keep fans not for weeks, but for months. However, this did not work out.

The creators of Darktide have promised that they will devote the coming months to finalizing the game based on player feedback. In particular, they want to make a seamless crafting system, a more favorable progress curve, and achieve stability and productivity.

In order to plunge into work with all its might, Fatshark is postponing the scheduled releases of seasonal content and cosmetic items. Postponed to a later date and release on the Xbox Series. In the meantime, thanks to all fans of the game for your patience and feedback.

In mid-December, Fatshark released the first 1.0.20 patch, which allowed weapon upgrades and added a new mission. The rest of the updates were small patches. According to the players, in technical terms, they have not changed anything. 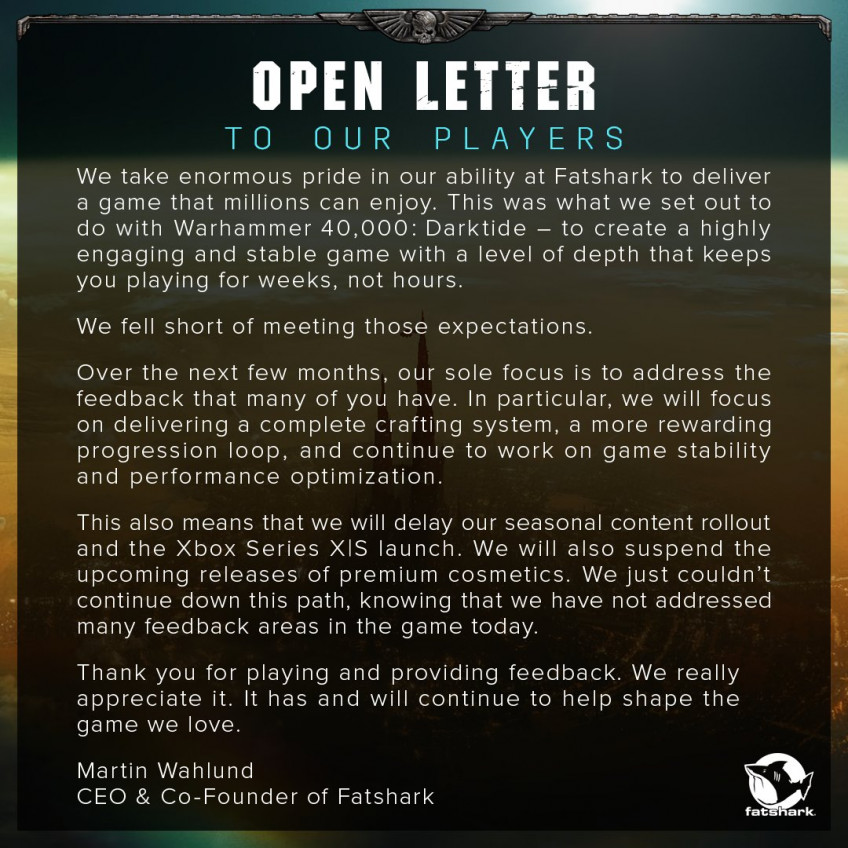 Chrome: how to save images in any format

Microsoft introduced a full-fledged replacement for the popular CCleaner program

Gungrave GORE: The Resurrection! – Game releases today and comes with a new trailer