The Kid LAROI comes to Fortnite – With its own music experience

Australian rapper, singer and songwriter The Kid LAROI brings fan favorites and brand new tracks to “Fortnite”. Beginning at 00:00 on Saturday, January 28, 2023, fans will have the opportunity to drop by The Kid LAROI’s Crazy Dreams Island for an interactive music experience that follows LAROI’s journey from humble beginnings to sold-out performances as a worldwide superstar shows. 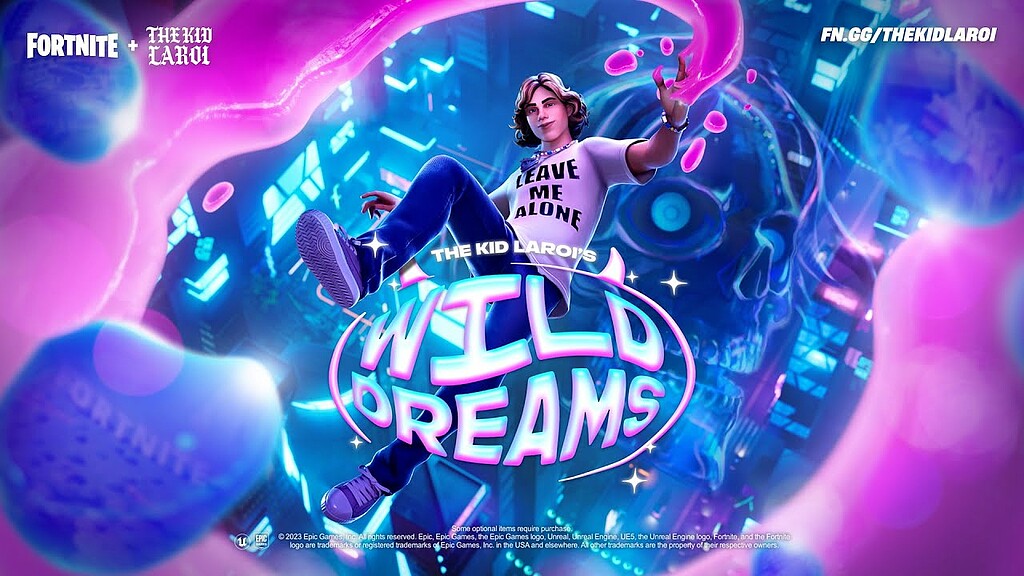 New music from LAROI will be heard on the island including his new song “Love Again” which will be released on Friday 27th January. Additionally, three unreleased songs will be featured on both The Kid LAROI’s Crazy Dreams Island and Afterparty Island.

Developed in collaboration with developers Alliance Studios, Team Atomic and TheBoyDilly, The Kid LAROI’s Crazy Dreams and Afterparty Island includes a video directed by Adrien Wagner and produced by La Pac. The event will only be available in-game for a limited time – from January 28 at 00:00 to April 28 at 00:00.

One Piece Odyssey is updated: patch 1.2 increases the stability of the crew

Sergio Aguero: We hope Argentina will have a new Messi soon

Neon Genesis Evangelion: for 30 years the opening theme is the most sung song in Japanese karaoke