Did not work out. From the word “absolutely”. Led by Frank Lampard, Everton are stuck at the bottom of the standings. After twenty rounds, the Toffees have only fifteen points, three wins and fifteen goals scored. Bottom line: penultimate, nineteenth place in the table (although Southampton, which is last, has the same number of tournament points).

For the first time in Premier League history, Everton are very close to being relegated. The game shown by the Liverpool team causes only despondency and apathy. Not even a glimmer of minimal hope is visible – those necessary “rays of light”, thanks to which it is possible to correct the situation. Therefore, everything is natural, logical and correct: the management of Everton dismissed Frankie Lampard.

Together with the already former coach of the “toffees”, all his assistants left the club. A well-written story ended in a resounding failure. And if Everton finds a new coach, and finds it quickly, then it will be very, very problematic for the former helmsman of the Merseysiders to find a new decent job. At 44, Frank can already be considered a “downed pilot.”

Lampard did not even last a year as Everton manager. He was appointed on January 31 last year and fired on January 23, 2023. During this time, the young specialist spent 44 fights at the head of the “toffees”. Only 12 victories were won. Any questions why Frankie was pointed to the door?

In fairness, it should be noted that even the more famous and more experienced mentors – Lampard’s predecessors – did not manage to spend at least two full seasons on the coaching bridge. Everton in recent years (after the departure of Roberto Martinez) is the English equivalent of “ward number six”. With all the consequences: increased temperature, high expectations and very high staff turnover. Even such a master as Carlo Ancelotti could not correct the situation for the best.

Rafa Benitez did not succeed either, instead of whom Lampard came. 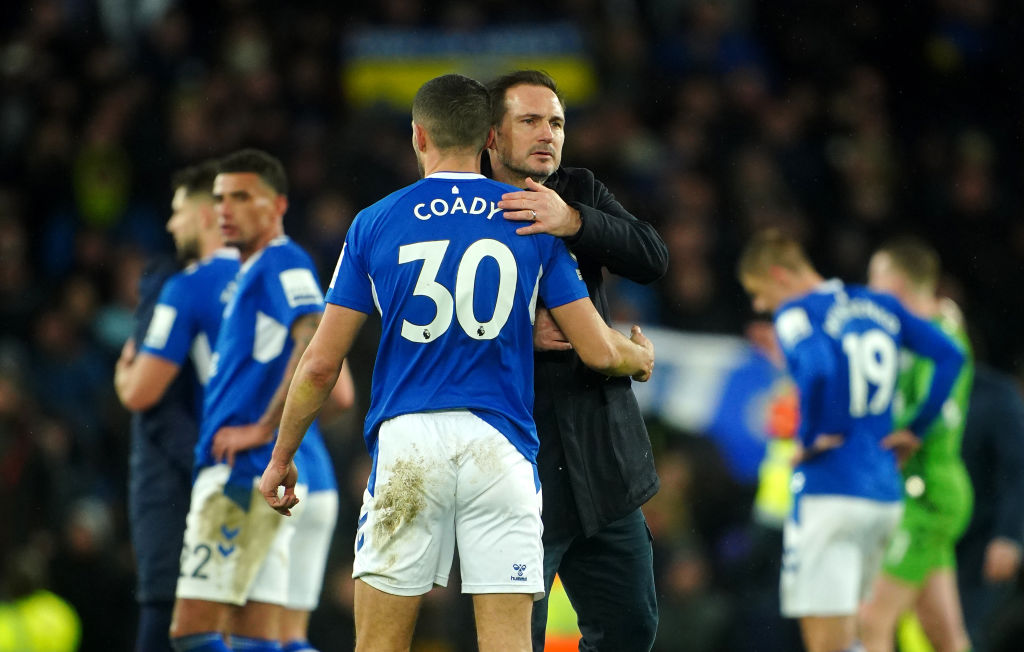 Lamps last season hosted Everton, who are in 16th place. Four points separated the Liverpool team from the relegation zone. Of the twenty matches measured by the tournament distance, Lampard lost eleven.

That is, the arrival of a new head coach did not become a lifeline for Everton: the team continued to walk on the razor’s edge even under Lampard, striving to fall to the bottom of the tournament with any careless movement.

What can I say: in Lampard’s nine starting fights at Goodison Park, his team suffered seven defeats. Even then it was obvious that the hat was not for Senka. Even then it was clear that the former legend of Chelsea and the England national team would not be able to give anything radically new to Everton.

But Farhad Moshiri, the owner of the club, showed patience at that time. And, probably, it would really be reckless to change the coach, albeit after the initial failure, the arrival of which was furnished in the club as a kind of “renaissance”.

Moreover, then the “toffees” came to their senses. And still managed to get out of the tournament abyss.

A separate emotional outburst was the decisive game against Crystal Palace (on the penultimate round of last season): Everton were 0-2 behind, but managed not only to level the score, but also snatch a victory – 3:2. After the final whistle on the field was a bunch of small. The continuation of the elite registration was celebrated not only by the players, but also by the fans who ran out onto the lawn. Lampard has received an indulgence for next season. Frankie will call that match one of the most memorable in his coaching career.

Everton’s new season has more or less begun. In the fall, the team hung out in the middle of the standings. Nobody expected more from her now, so her mentor could relax a little.

But then there was a failure. Nine defeats in the last twelve matches in the Premier League. And if we talk about the most recent games, then Everton lost six out of seven matches. This is clearly a “champion” chart. Only not on the way to “gold”, but on the way to the Championship.

This time, Moshiri did not tolerate, and in a telephone conversation with Lampard, he dismissed the coach. It seems to me that Frank could not say anything intelligible in his defense. The thing really was rubbish.

Yes, if you wish, you can mention the redundant topic that Everton’s club management can hardly be considered the most professional in the League, that the club academy has not nurtured talents like Rooney for a long time, that scouts rarely find really worthwhile reinforcements on the transfer market ( except for Mikolenko and Iwobi). Most likely, this will also be true.

But it is also true that even under the most professional leadership, Everton remains quite prosperous in terms of financing the club. And quite an attractive project. Not to mention the glorious history and not forgotten ambitions.

This club just needed to find “their” coach. Like David Moyes. Or at least like Roberto Martinez. 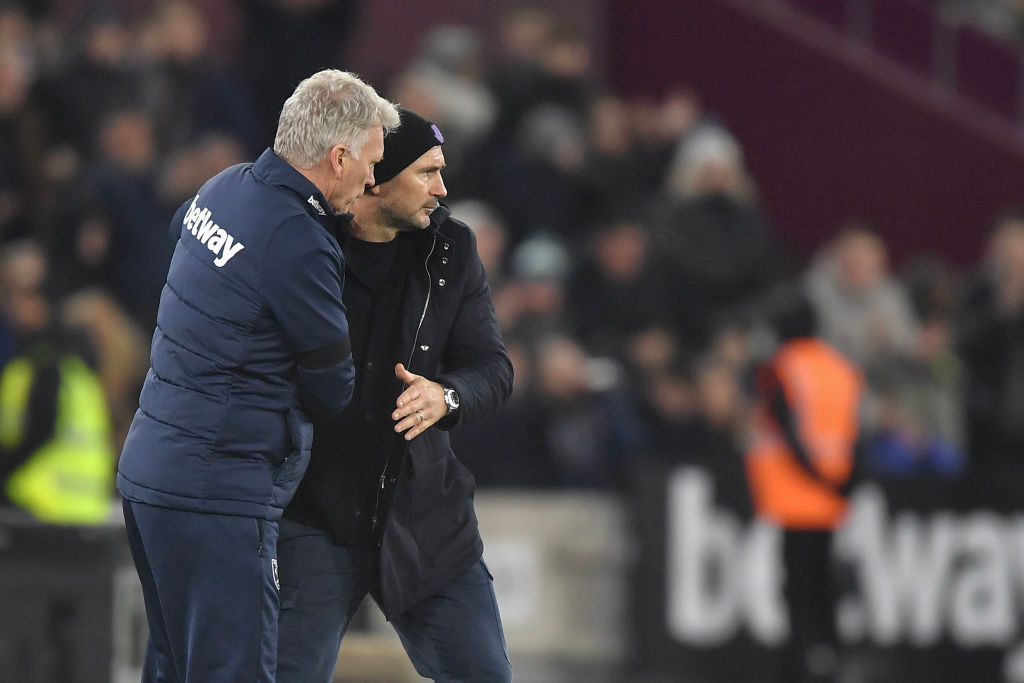 At Goodison Park, they thought Lampard would be the next Moyes. And they miscalculated.

In principle, there were initially grounds for optimism with gulkin’s nose. Coach-Lampard did not show himself in anything before joining Everton. He started at Derby County, with whom he failed to reach the Premier League. However, then there was an increase – he was called by his native Chelsea.

In the first season at the head of the “blue” – the fourth place, which in the conditions of the “transfer ban” was considered a success. However, when the club began a serious personnel injection, Frank did not cope with the task. A disappointing eight-match streak of just two wins cost Lampard his job at Stamford Bridge.

He was picked by Everton. Something between Derby County and Chelsea. What seemed like the perfect place to progress, to restore a reputation, to follow a brilliant career.

But it didn’t work out there either. Lampard was not a flexible coach, he did not know how to resist teams that were neither stronger than his former team, nor weaker in potential. In addition to some local successes – such as victories over Chelsea or Manchester United – Frank at the head of Everton was not remembered for anything.

Therefore, he was forced to leave.

And it may very well be that this time Lamps will go into coaching oblivion.

Dnipro-1 rookie: “I dream of winning the championship”

Ziyech arrives in Paris to complete transfer to PSG

Forspoken: Square Enix announces a demo for PC, will be available very soon

Netflix: Only for a short time! This content will disappear by the end of January 2023