TudoTV: where to watch the 2023 Oscar nominees via streaming

The 2023 Oscar nominees were revealed today by the Academy. The awards ceremony will be held on March 12 in Los Angeles, but you can enjoy those who are due to receive awards now via streaming on Netflix, Prime Video, HBO Max and many other platforms. See which ones now.

This documentary profiles the wife of the US Attorney General in the Nixon era, who was branded crazy for speaking out against the government in the Watergate case.

How to Care for a Baby Elephant

A South Indian couple takes care of an orphaned baby elephant. Together, they form a family like you’ve never seen.

This eye-opening documentary chronicles the investigation into a brazen and astonishing assassination attempt targeting Russian opposition leader Alexei Navalny, taking us into a story of his struggle for democratic reform.

Volcanoes: The Tragedy of Katia and Maurice Krafft 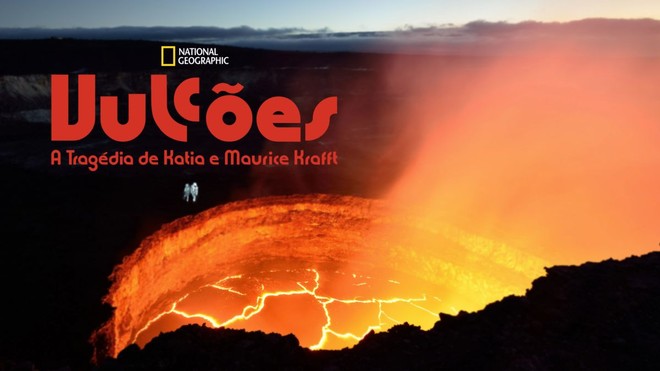 A love triangle doomed to a tragic end between fearless French scientists Katia and Maurice Krafft and their beloved volcanoes.

Nominated in Category: Documentary Watch on Disney Plus

A story of innocence, greed and fantasy revolving around a Christmas cake, set in a Catholic girls’ boarding school during the war. The term “pupil” comes from the Latin pupilla, which means “small girl”. Based on a letter sent by Elsa Morante, one of the greatest Italian writers of the 20th century, to her friend, Goffredo Fofi, at Christmas 1971.

Nominated in the category: Short Film Watch on Disney Plus

“Argentina, 1985” is inspired by the true story of Julio Strassera, Luis Moreno Ocampo and their team of young jurists, unlikely heroes who fight a battle of David and Goliath in which, under constant threats and against all odds, they dare to prosecute the dictatorship bloodiest military operation in Argentina and embark on a race against time to bring justice to the victims of the military.

Nominated in the category: International Film Watch on Prime Video

At a seedy resort, 11-year-old Sophie enjoys rare time with her loving and idealistic father, Calum. Twenty years later, Sophie’s memories of her last vacation become a powerful and painful portrait of their relationship.

Nominated in the category: Actor (Paul Mescal) Watch on MUBI

This fictional biopic reimagines the troubled private life of the legendary Marilyn Monroe and discusses the price the actress paid for fame.

Famed detective Benoit Blanc goes to Greece to unravel a mystery involving a billionaire and his eclectic circle of friends.

Nominated in the Category: Adapted Screenplay Watch on Netflix

Bard: False Chronicle of Some Truths

An acclaimed Mexican journalist and documentary filmmaker sets out on an introspective journey to reconcile with the past, the present and his own identity.

Nominated in the Category: Photography Watch on Netflix

A brave warrior on a dangerous mission meets a tough policeman serving in the British army in this epic saga set in pre-independence India.

Jennifer Lawrence stars as Lynsey, a military woman struggling to adjust back home to New Orleans after a traumatic injury. When she meets local mechanic James (Brian Tyree Henry), the pair begin to form an unexpected bond.

Two years of patrolling the streets as Batman and striking fear into the hearts of criminals has cast Bruce Wayne into the shadows of Gotham City.

Nominated in the categories: Hair and makeup; sound and visual effects Watch on HBO Max

The Boy, the Mole, the Fox and the Horse

Charlie Mackesy’s bestselling book comes to life in this beautiful film from NoneMore and Bad Robot Productions. Follow the unlikely union of four friends as they explore the meaning of kindness, courage and hope.

Nominated in the categories: Short Film Animation Watch on Apple TV Plus

Nominated in the category: Animation Watch on Netflix

From Disney and Pixar, “Red – Growing is a Beast” tells the story of Mei Lee, a 13-year-old girl living the typical chaos of adolescence. But in addition to having to deal with her overprotective mother and changes in her body and relationships, Mei has another little problem: whenever she gets too emotional, she turns into a giant red panda!

Nominated in the category: Animation Watch on Disney Plus

A Fera do Mar

A girl sneaks into the ship of a great hunter of sea monsters. Together they begin an epic journey into uncharted waters.

Nominated in the category: Animation Watch on Netflix

In this in-depth biopic, Elvis’ story is seen through the lens of his complicated relationship with his enigmatic manager, Colonel Tom Parker.

Nominated in the categories: Hair and makeup; sound and visual effects Watch on HBO Max

Nothing New on the Front

Summoned to the front lines of World War I, teenager Paul faces the harsh reality of life in the trenches.

Everything Everywhere At The Same Time

A Chinese immigrant goes on an adventure where, alone, she will need to save the world, exploring other universes and other lives that she could have lived. However, things get complicated when she gets stuck in this infinity of possibilities without being able to return home.

After thirty years, Maverick (Tom Cruise) is still giving it his all as an elite naval aviator. However, he must face ghosts from the past as he leads TOP GUN’s finest trainees on a mission that demands the ultimate sacrifice of the chosen to fly.

It is worth remembering that some of the films like Top Gun: Maverick can be seen on Prime Video with 7 days of free Paramout Plus. To do this, all you need is an Amazon Prime subscription that also gives you access to free shipping on Amazon.com, music, series, movies, games and much more content with just one monthly fee. Learn more about the offer here.

Which of these titles does your Oscar go to? Check out our bets on the special edition of TudoTV with the best films of 2022.

Fake Escape from Tarkov page appeared on Steam – Scam project is being sold for 1,500 rubles

New version of the Google watch has news!

Are you waiting for the PS5 Pro? It may be directly the PS6!

IPadOS 16.3 has arrived with more security for your iPad

Here Are the Nominations for the First Grammy Awards Video Game Awards! • Aroged