Yukes’ “AEW: Fight Forever” was actually supposed to be released last year. According to current reports, however, problems with the ESRB’s age rating have meant that the possible release date is currently in limbo. 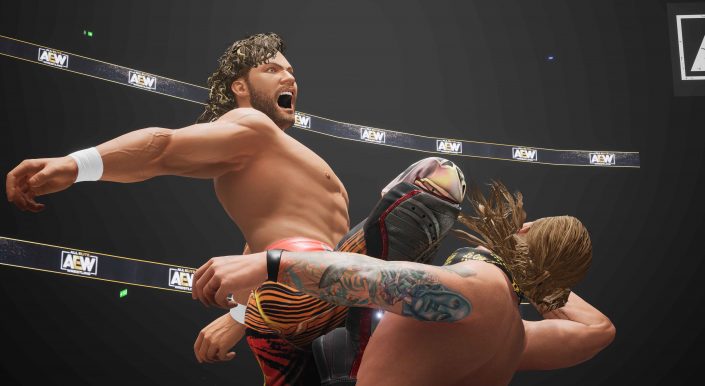 In cooperation with the publisher THQ Nordic, the Japanese development studio Yukes wanted to publish the wrestling title “AEW: Fight Forever” for the consoles and the PC last year.

As we know, nothing came of this plan. Instead, a release in February 2023 was last targeted. However, according to a recent report from Wrestle Zone, we shouldn’t be counting on the release next month. For one thing, Yukes and THQ Nordic could be trying to avoid their big competitor, WWE 2K23, which was recently announced for a March 2023 release has been confirmed.

Another factor, according to Wrestle Zone, is age rating issues by the North American Entertainment Software Ratings Board (ESRB for short).

Does the depiction of violence prevent the teen rating?

Accordingly, those responsible behind “AEW: Fight Forever” pursued the goal of achieving the T or teen rating in North America in order to make the wrestling title accessible to younger players. However, it seems that the ESRB thwarted the plans of Yukes and THQ Nordic.

The Wrestle Zone report further states that the ESRB denied AEW: Fight Forever the teen rating. More precise information on this decision is not available, but it is speculated that compared to the “WWE 2K” series, the somewhat more drastic depiction of violence and the depiction of blood could have been the deciding factor.

Citing sources familiar with the matter, “Wrestling Zone” explained that several attempts had already been made to achieve the teen rating and thus significantly expand the target group of “AEW: Fight Forever”. Since no agreement has been reached with the ESRB so far, a possible release date for the wrestling title is currently pending.

An official statement on the report from “Wrestle Zone” is not yet available.

Official: Arkane's Redfall Coming to Xbox in May, Over 10 Minutes of New Gameplay

It will be possible to record specific apps on Android