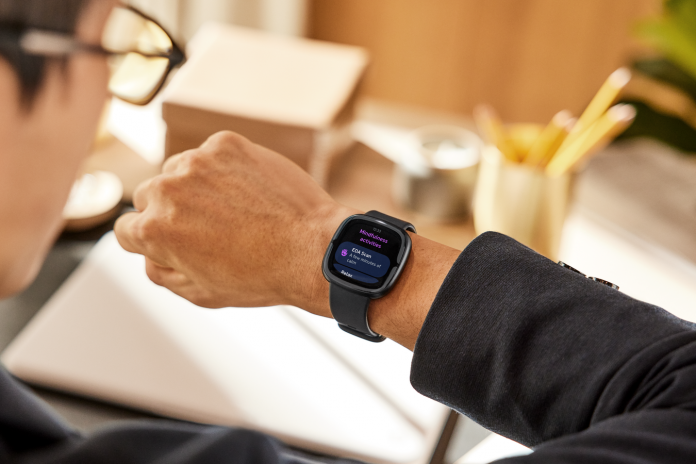 Google Maps is officially available on Fitbit watches. The navigation app appeared on the Sense 2 and Versa 4 in December, but only now includes all the functions of the Maps smartwatch app.

As with Google Maps on Wear OS, in the Maps app on the Sense 2 and Versa 4 you follow the navigation you started on your phone. Setting a route from the Sense 2 or Versa 4 is not (yet) possible. Of course you can pause the navigation from the watch, or stop it completely. Upon arrival at your destination or after aborting navigation, the smartwatch shows a summary of the route, including an overview of your calories burned, the distance walked, the number of steps and your heart rate (zones).

As you would expect from a navigation app, the Maps app can show directions to follow the route. You will then see it step-by-step. If you like to look ahead, you can click on ‘View’ to see a list of cards in which all steps are noted. The watches vibrate if you need to change direction or if you took a wrong turn, just like it does on a smartphone.

What makes the Maps app on Fitbit watches special is the Autostart mode. In that navigation mode, Fitbit smartwatches immediately show the navigation from your smartphone as soon as you start walking or undertaking another activity. This way you can set a desired route on your smartphone in advance and you can leave the device alone afterwards. According to 9to5Google, the feature works with driving, cycling, and walking.

For now, Fitbit only offers the Maps app on the Sense 2 and Versa 4. Both watches were released in 2022, after the Fitbit acquisition by Google was completed. We must miss a real app store as we know it from Wear OS on Fitbit smartwatches. To install the Maps app, you must therefore go to the Today tab in the Fitbit app on your smartphone. Nowadays you will find a Google Maps tile there. Click on it to start the Google Maps setup.

Elden Ring and the new fan madness: the bosses against 50 monstrous dogs in video

Samsung Galaxy: how to change ringtone and optimize sound