Hogwarts Legacy: Avalanche has a team dedicated to respecting the lore

During the interview granted to Multiplayer.it, Troy Johnson, the advanced game designer of Hogwarts Legacyrevealed that Avalanche Studios has a team called “Hogwarts Team” dedicated to respect for lore of the Harry Potter universe in the reconstruction of the magical academy within the game.

Johnson explains that recreating a fully explorable and interconnected Hogwarts is no easy challenge, especially when you have to make sure it is consistent with the source material written by JK Rowling.

In this sense, the Hogwarts Team comes into play, a group dedicated to “honoring the lore in the best possible way” which has supervised every aspect, in order to create a precise, functional and also respectful mapping of the lore. It’s probably the same team that nixed the idea of ​​introducing the Chamber of Secrets in Hogwarts Legacy.

“Making Hogwarts into a video game is a very difficult challenge. In the end it is enough to think of the fact that a cohesive, coherent and interconnected representation of the school has never been seen, neither in films nor in books, there has never been a reconstruction in which to ideally walk from point A to point B”, Johnson said in the interview with Multiplayer.it.

“In Avalanche Software we had a dedicated team – the so-called Hogwarts Team – which in an attempt to best honor “the lore” read every detail of the subject in order to create a mapping that was as precise as possible, which was functional and perfectly They did an incredible job, because the goal was for players to have a very specific experience: to explore Hogwarts freely, doing whatever they want and discovering all the secrets of the castle.” 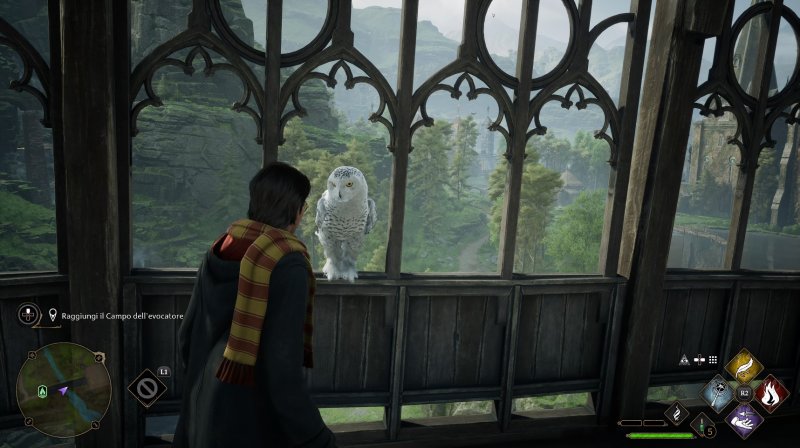 On our pages today we also published a new proven Hogwarts Legacy.

Source: Dynamo defender may continue his career in Lviv

Skate: will EA's new free to play have loot boxes? New details from the last Beta

PowerWash Simulator: Purge stuff from Final Fantasy 7? Can you have!