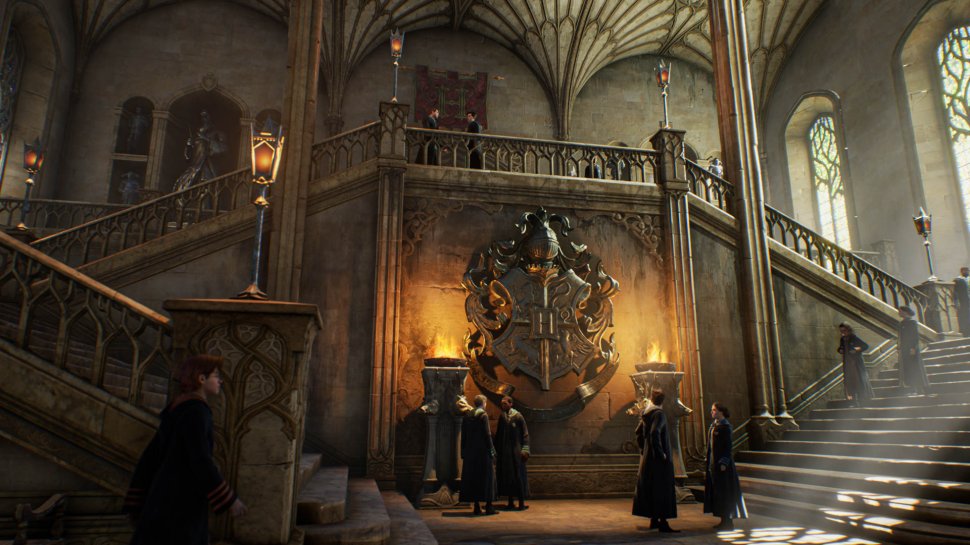 01/25/2023 at 15:21 by Michael Miskulin – Leaked pages of the official artbook for Hogwarts Legacy are gradually revealing more and more information about the open-world RPG. So a certain famous chamber below the magic school will probably remain closed.

In the open-world RPG Hogwarts Legacy, you will be able to explore the famous school of witchcraft and wizardry Hogwarts from the Harry Potter universe as a magic school. But not all areas that we know from the books and films should also be implemented. A certain chamber will probably remain closed to us.

Images from the official Hogwarts Legacy Artbook have recently been leaked. A leaked page also states that players in Hogwarts Legacy (buy now for €79.99) are not allowed to enter and explore the famous Chamber of Secrets (via Reddit). Initially, the design team considered implementing the chamber, but apparently the developers faced major challenges. But the most important reason was the basilisk that inhabits the Chamber of Secrets. After all, one would surely have crossed his path when exploring the chamber. The developers explain: “We didn’t want the player to think they could kill a basilisk that must still be around in 1992!”

In the books and films, Harry Potter and his second year friends encounter the basilisk in the Chamber of Secrets below Hogwarts. The basilisk is a giant venomous snake whose direct gaze is lethal and indirect gaze petrifies the victim. Hogwarts Legacy will be released on February 10th for Playstation 5, Xbox Series X|S and PC. The PS4 and Xbox One versions will be released a little later, on April 4th. Finally, the Nintendo Switch version will not be released until July 25th.

Dead Space Remake on PS5: the 'sensitive side' of horror in the DualSense features

Laptops and desktop PCs: here is our TOP of the offers available during the sales

New Content and Season 2 for Dysterra Survival Coming in February