The sci-fi exploration game Journey to the Savage Planet was originally released in January 2020, and around three years later this should also be technically updated for the newer generation of consoles. 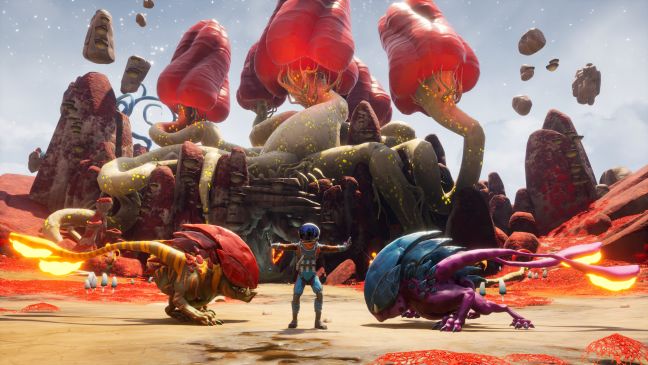 Publisher 505 Games and developer Raccoon Logic are now bringing Journey to the Savage Planet, originally released in January 2020, to the newer PlayStation 5 and Xbox Series X/S consoles. The game version of the title, which has been updated and boosted accordingly, is scheduled to be available from February 14, 2023.

The so-called “Employee of the Month Edition” of the game will then appear for the new consoles. This new edition includes all the add-on content released since the release of the original main game, new commercials, bonus chats with Martin Tweed and an improved photo mode.

The core of the upgraded version on PS5 and Xbox Series X/S are of course the technical improvements that have been made compared to the original version. There is a performance mode and a graphics mode. Depending on which one you choose, you can expect native or scaled-up 4K resolution and up to 60 fps. 30 fps is supported on the Xbox Series S.

Anyone who has already bought the version for Xbox One or PS4 can also breathe a sigh of relief: These buyers will be provided with the corresponding update for the newer generation of consoles at no additional cost.

What is Journey to the Savage Planet about? As a member of Kindred Aerospace, you must determine the survivability of humans on planet ARY-26. Various tools are available for exploring the planet and documenting the flora and fauna, such as laser guns, bombs, acid and explosives. Also, the resources of ARY-26 can be used to make tools yourself using 3D printing technology.

The new edition of the game will be available on PS5 and Xbox Series X/S from February 14th at a price of 29.99 euros.

You can now get Journey to the Savage Planet for the PC via Steam.

For her atrocities are uncountable in Genshin Impact: Find Jeht

The Day Before: That's why the rationale for the Steam removal is probably nonsense

Destiny 2: Shooter offline for over 18 hours

James Bond is Coming Back: Date for GoldenEye 007 on Xbox Game Pass and Nintendo Switch Online

The Witcher: Bloodline receives an 8% rating on Rotten Tomatoes, the worst Netflix audience rating ever