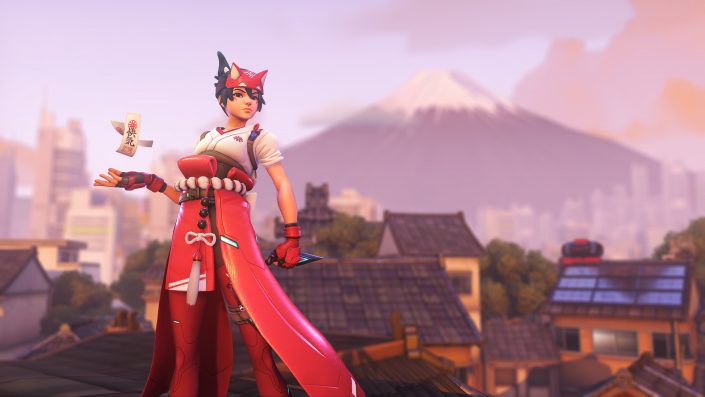 You can now download a new update for Overwatch 2. As a result, the massive Tank Roadhog is under attack, among other things. Several changes will prevent the opponent from being eliminated with just a single hit in the future. This usually happened when he pulled the enemy towards him with his chain grapple.

The next nerfed hero is Sojourn. The damage dealer has long been considered too strong, which is why the development team is now reacting: Her primary weapon now causes less damage per shot. In addition, the energy generation has been adjusted, making her railgun benefit less from critical damage and damage increases. On the other hand, shooting at armored opponents and other ways of reducing damage leads to faster energy gain.

The healer Kiriko also gets a nerf. Previously, the average healing value per match was too high for the developers, which is why the recovery time is now slightly longer. The players simply focused too much on their primary function.

Lastly, we have Orisa, whose health bonus is being reduced from 125 to 75. There is no comment from Blizzard in this case.

There were also a few bug fixes. One of them adjusts the step sound, which should now make it easier for you to hear enemy footsteps.

The free-to-play shooter is currently in its second season. The next season starts in February.

Forza: The great competitor of Gran Turismo 7 is finally here! All the info!

A Skyrim fan made an impressive map out of wood