Remnant: From the Ashes was released quite successfully for PC, Playstation and Xbox three years ago, now the game is also getting an implementation for Nintendo Switch. 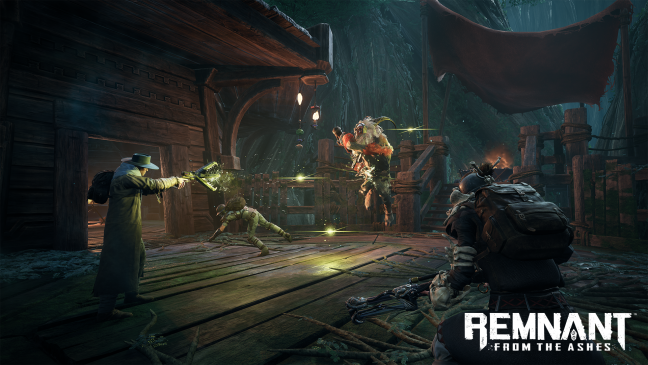 A week after the announcement of the switch version, the specific release date has now been set. From March 21, 2023 you will be able to get started on the Nintendo console for €39.99.

Rumors have been circulating since the end of 2021 since it appeared on the ESRB lists, but now it’s official: Remnant: From the Ashes is coming to Nintendo Switch. Gunfire Games and publisher THQ Nordic announced this with a first trailer. What is still missing is a concrete release date, apart from a “coming soon” nothing can be discovered so far. The specification of any changes to the switch version is still pending.

The official announcement at least mentions that both a digital and a physical version will be released.

Remnant: From the Ashes sends you into a post-apocalyptic world where monstrosities from other worlds and alternate realities roam. You explore a dynamically generated world that offers a different experience each time you restart the adventure. The survivors must overcome environmental hazards and epic bosses to advance in the story while collecting loot to upgrade materials.

So while Switch players can now look forward to the survival action title, owners of PC, Xbox Series X/S and Playstation 5 are already waiting for the sequel Remnant 2, which was announced in December and should be released later this year. So good times for friends of the post-apocalyptic monster hunt.

Remnant: From the Ashes will soon cause a sensation on the Nintendo Switch.

New hero and many changes in patch 0.3 for MOBA Predecessor

Most expensive Galaxy S23 in Europe. See all prices!