Some Earth-threatening asteroids may not be easy to destroy due to their soft structure.

The Itokawa asteroid, considered potentially dangerous to Earth, and objects like it can be difficult to destroy, Australian scientists from Curtin University have found out. The loose structure of such bodies is capable of absorbing the energy of an explosion or impact to a large extent, so it would be preferable to try to change their trajectory. 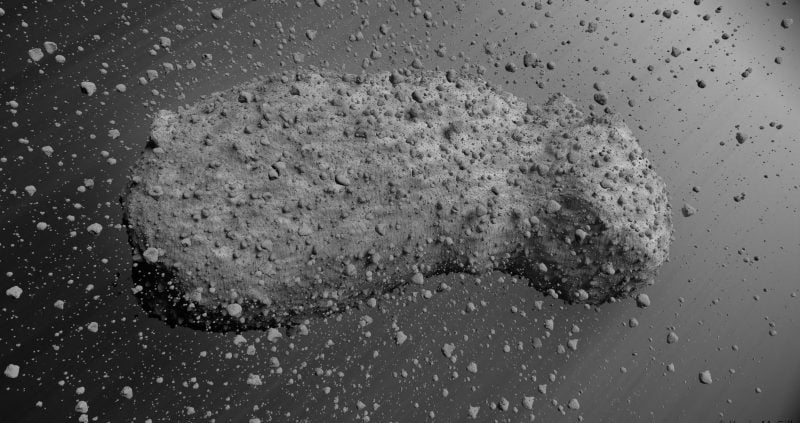 Itokawa, whose diameter is 330 meters, became the first asteroid in history from which matter was sampled during a space mission. In 2003, the Japanese space agency launched the Hayabusa 1 probe, and seven years later it returned a milligram sample from the surface of an asteroid to Earth. Australian scientists studied three dust particles to estimate the age and structure of Itokawa. According to the results, the object is 4.2 billion years old, and in structure it resembles a pillow.

This asteroid is not a solid piece of stone, but a kind of rubble pile of loose rocks and boulders, and more than half of the object is empty space, due to which it is able to absorb impact from collisions and explosions. Itokawa is thought to have formed from an ancient, monolithic asteroid that was shattered into pieces after a violent impact. Fragments of the remaining rock and dust combined under the influence of gravity forces into a new structure. It is possible that some other objects potentially dangerous for the Earth will have the same structure.

However, scientists say, one should not despair. If threatened by such an asteroid, you can try to secure the Earth by an alternative method – to produce a nuclear explosion nearby, which will force the object to go off course without significant damage. But the experience with the DART probe, which managed to change the orbit of the Dimorph asteroid by hitting it, is unlikely to be useful here.

OnePlus 11 cannot be launched in this country in Europe

This bath mat is connected and acts as a scale

Star Wars Jedi Survivor will be appearing at The Game Awards, according to a well-known insider

In the updated “The Witcher 3” found the dog Henry Cavill