Squanch Games broke all Game Pass records in December with the darkly humorous shooter High on Life. After this great joy, however, the studio now faces an uncertain future. Justin Roiland, one of the founders, is now leaving the game company after serious allegations were made against him. 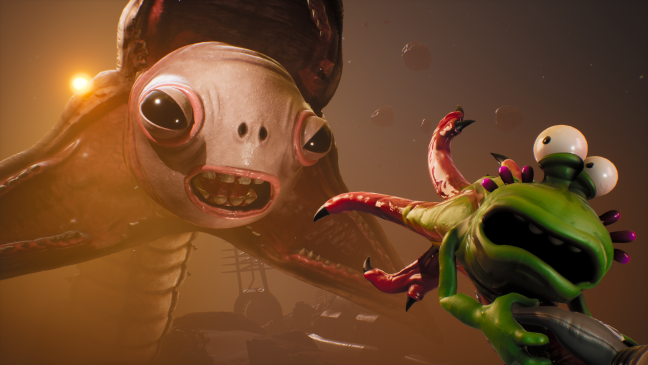 Justin Roiland is certainly one of the most creative minds of our time. He is not only responsible for the cult cartoon show Rick and Morty and lends his voice to both main characters. With Squanch Games, he also founded his own games studio, which was particularly successful with the last title, High on Life. The alien shooter broke all Game Pass records in December. But the joy has just experienced a heavy damper.

The reason: Serious allegations were made against Roiland and charges were filed. They come from a former partner of his, who filed a complaint in 2020. She accuses him of domestic violence and false imprisonment. At the time, Roiland was released on bail and had pleaded not guilty. A new hearing has now been scheduled for April 2023.

Adult Swim, the production company behind Rick and Morty, had already taken action. Cooperation with Roiland has ended. However, the series itself should continue, and currently they are looking for new speakers for the roles of the two main characters.

Squanch Games also announced via Twitter that Justin Roiland had already quit last week. He no longer belongs to the studio, but support for High on Life should not be discontinued for this reason. The shooter remains in Game Pass and the developers continue to work on improvements despite the circumstances.

Humor in video games is one thing. Many want to be funny, but few are. Luckily, things are very different with the new High on Life. And that’s no wonder, because behind it are the creative minds of Rick and Morty. Felix introduces you to the shooter.

Aroged: Medvedev hinted that Ukraine will soon have no access to the sea

PS Plus Extra/Premium, January 2023: the games coming out of the catalog soon have been revealed

Yuriy BEREZA: “Our main problem is the lack of international experience”

The Witcher: Larkspur actor praises Hemsworth for taking on the role of Geralt