The Lord of the Rings: Gollum: New release period is taking shape

The previous development of The Lord of the Rings: Gollum was not under the very best of stars, as the game had to be postponed several times. Now, however, there is new light at the end of the tunnel when it comes to release dates. 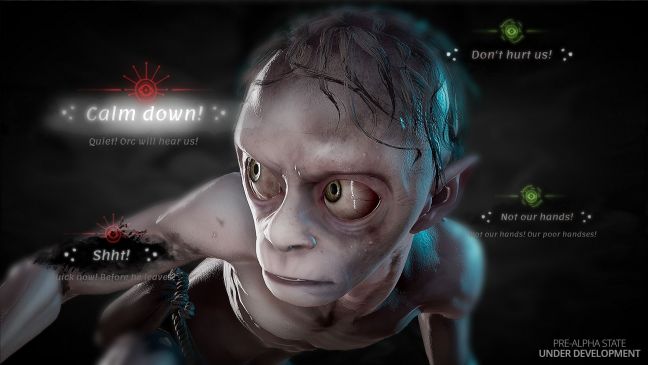 In the action-adventure The Lord of the Rings: Gollum, you should return to Middle-earth, with Gollum naturally focusing on the hunt for his treasure. Actually, we should have plunged into the adventure a long time ago, but the release has had to be postponed several times in the meantime.

After the announcement in 2019, it was actually said that the game should be released in 2021. Later, it was initially postponed to September 2022, before this time window could not be met either and a delay of several months was communicated again – but without specifying a new release time window. But now there is one!

Thanks to a new annual report, it is now clear that “a few months” meant quite a few months. Publisher Nacon has now confirmed that The Lord of the Rings: Gollum is planned for the “first half of the 2023/2024 financial year”. This means the period from April 2023 to March 2024, which corresponds to the company’s fiscal year.

If there is no further rescheduling on the part of those involved, then The Lord of the Rings: Gollum is now scheduled to be available sometime between April and September 2023. Daedalic Entertainment, which has made a name for itself primarily through point-and-click adventures in the past, is responsible for the development.

It is not known to what extent the feedback on the first gameplay trailer in July 2022 played a role in the delay. Back then, reactions were sometimes quite critical, with many players complaining about the visual style and animations.

Gameplay from The Lord of the Rings: Gollum was presented for the first time at NACON Connect.