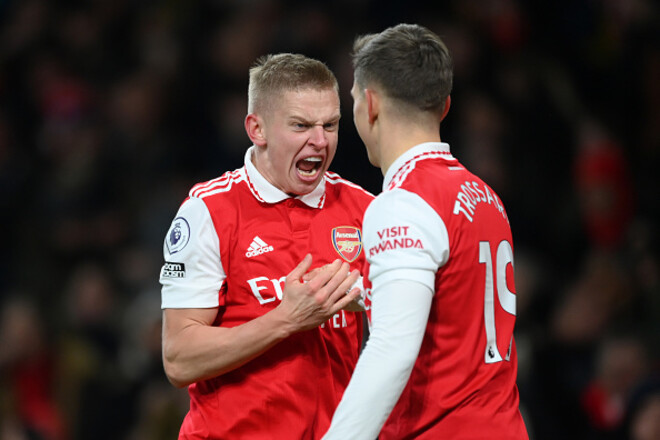 On Sunday, January 22, the match of the 21st round of the Premier League between Arsenal and Manchester United took place. The game ended with the score 3:2 in favor of the Gunners. Londoners scored the winning goal in the 90th minute of the match.

All 90 minutes in the “Arsenal” on the field was spent by a Ukrainian footballer Alexander Zinchenko. After the end of the match, the fans called him the man of the match, and some even began to use the phrase “Zinchenko is the captain without an armband.”

These words didn’t just happen. A video surfaced on the network, as a Ukrainian said a couple of emotional words To Leandro Trossard, who appeared on the field in the 81st minute of the game, marking his debut in an Arsenal shirt. Soon, the captain of the Gunners Martin Odegaard himself supported Alexander’s initiative and asked the fans to support Trossard more loudly.

OnePlus is preparing to release a cool keyboard with "open" firmware

Vodafone raises the subscription fee in SuperNet prepaid tariffs by 20%: from February 10, at least UAH 175 per month, maximum - UAH 360 per month - Aroged

Kyrgios withdrew from the United Cup, de Minaur will be the first number of the team