Vodafone raises the subscription fee in SuperNet prepaid tariffs by 20%: from February 10, at least UAH 175 per month, maximum – UAH 360 per month – Aroged 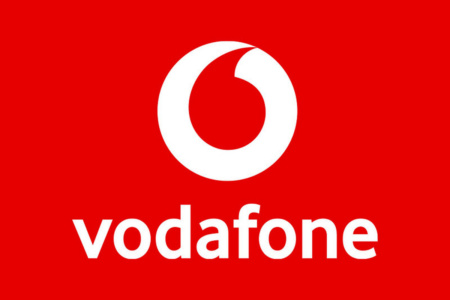 Vodafone has once again revised the prices for the current SuperNet prepaid tariff line – from February 10, the monthly fee in them will increase by an average of 20%, at the same time, the volume of mobile Internet will increase by 20% -50%.

The full-scale Russian invasion led to many negative changes, including in the telecommunications services market – in July, even before the start of mass attacks with missiles and drones on energy infrastructure, the world bank estimated the losses of the Ukrainian telecom market at $ 2.6 billion. Vodafone justifies the increase tariffs by the need to cover the costs of upgrading equipment and upgrading infrastructure in growing war zones. At the same time, the company notes an increase in the use of mobile Internet. It can be recalled that since the beginning of the full-scale invasion of Russia, Vodafone has already changed the cost of SuperNet subscription tariffs for the second time – on July 1, 2022, their cost increased by an average of 20%.

The other day, the operator began to send appropriate service SMS to subscribers and inform about the changes. 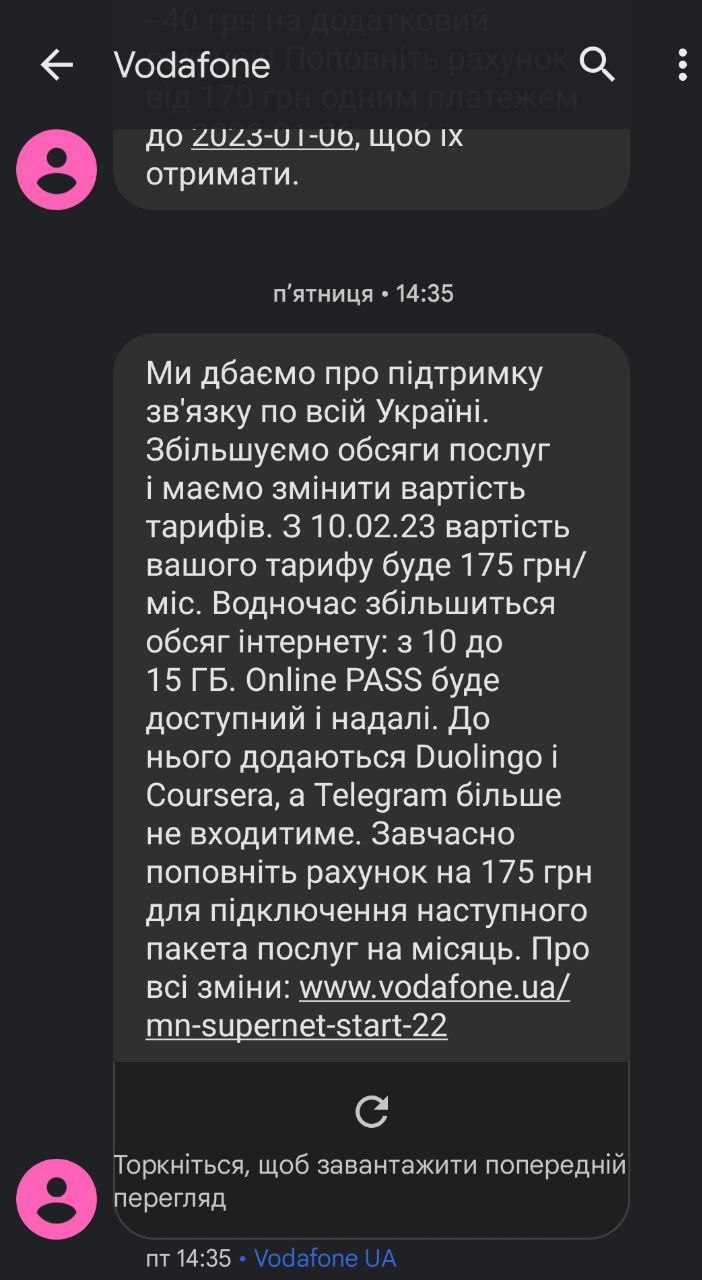 Screenshot of the message about changing the conditions in the Vodafone SuperNet Start tariff – the subscription fee from February 10 will increase from 145 UAH. up to 175 UAH. per month.

Given the reality, further price increases can be expected in the near future. And this applies not only to Vodafone subscribers. From December 1, 2022, for the first time since the beginning of the war, Kyivstar has increased prices in a number of subscription and contract tariffs by 1.5 times (individual plans have risen in price to UAH 250/month) and continues to systematically change the conditions and cost of older tariffs. It seems that 175 UAH/month is the new “standard” for the basic subscription rate for Ukrainian operators. At contract rates, the entry threshold is somewhat lower. Also, operators sometimes offer existing subscribers personal promotional tariffs at reduced prices.