Wind Omen Spirits and Manifestation Mechanisms in Genshin Impact: How to Find

Wind Omen Spirits in Genshin Impact are a special wisp that begins to circle around the Traveler after interacting with the corresponding construct. It needs to be brought to implementation mechanismmarked with a column of light, in the allotted time to receive a “surprise” reward in the form of ordinary and rich chests.

In the guide below, we will demonstrate the location of all wind omen spirits in the Hadramavet Desert, as well as share useful tips that will help in quickly solving riddles with the mechanisms of manifestation.

How to Solve Riddles with Manifestation Mechanisms and Wind Omen Spirits

The wind omen spirit puzzles are easy to solve:

After interacting with the structure, it emits directionin which to move. If pillars of light are not visible on the horizon, then do not neglect the help of the spirit itself. The path to some structures is blocked by Hermits and other inhabitants of Hadramavet. Ignore the fight with them, use the four-leaf symbols to quickly move from point to point. The way from the first structure, where the light was taken, to the incarnation mechanism is necessary overcome in the allotted time. There are no timers. For this reason, it is extremely important to put heroes in the squad that will speed up movement around the world.

Characters to watch out for:

Where to find all Wind Omen spirit puzzles in Genshin Impact 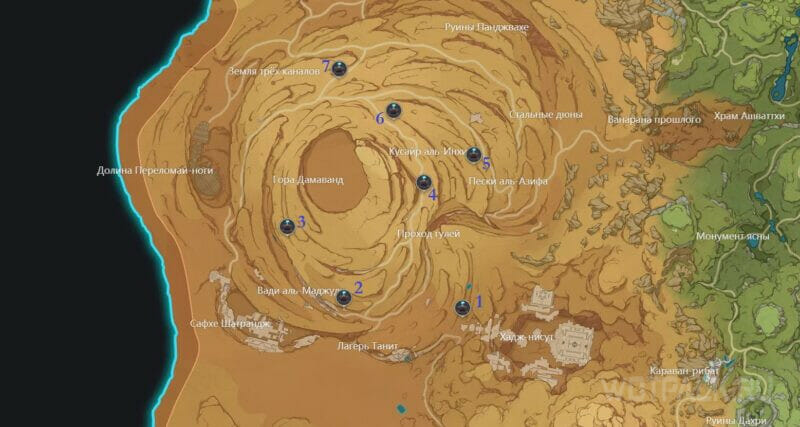 In the desert of Hadramavet 7 wind omen spirits. Next, we will consider the location of each structure separately, and also present a short route to the embodiment mechanisms attached to them.

Use the teleportation point close to Haj Nisut and go west. When you notice the design, click interaction button (default “F”) to activate the Wind Omen Spirit.

Head north until you reach a mitachurla and a group of hilichurls. Climb the stone pillar, reactivate the structure and continue running north, passing a small pool of slimes. Climb the wall of the ruined temple.

Keep moving forward. A four-leaf symbol leads to the next pedestal for the spirit. The last point is the end point: the incarnation mechanism is located on platform with stairs on the left side. 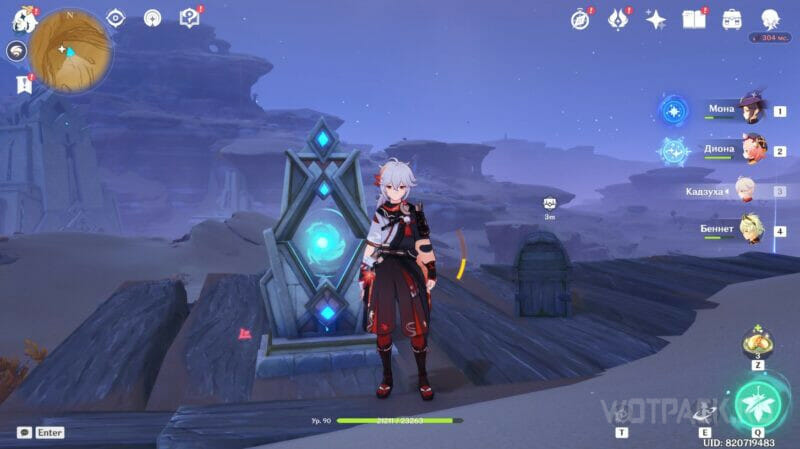 Go to the Hermits’ camp, located in the central part of the abandoned temple of Wadi al-Majuj (to the northeast of the chessboard). Kill the hostile nomad, activate the wisp and start moving in eastboundif you rely on the general map.

The first construct has Fatui’s skirmishers loitering around, while the second (located on a hill nearby) has a Ruin Warden roaming around. You can avoid a collision thanks to the four-leafed symbol.

The next pedestal is the last one. The incarnation mechanism is located near the walls of a dilapidated temple, where the Sanctuary of the genie is located. 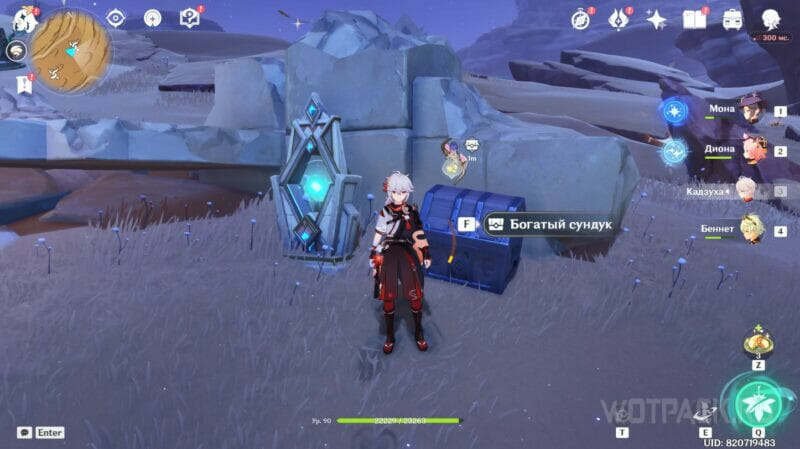 3 wind omen spirit in the west of Mount Damavand

The third spirit awaits the Traveler to the northwest of the abandoned temple of Wadi al-Majuj, where the light above was activated. The group can be used as a guide. big pyro slimeswandering on the sand.

After activating the structure, follow the road to the north. At the pedestal, you will find molds. At the second, located in the northwest direction, they are waiting Earth Geo Moroviks.

The last construction in the form of an incarnation mechanism is not far away, namely, at an abandoned camp adjacent to the dunes. 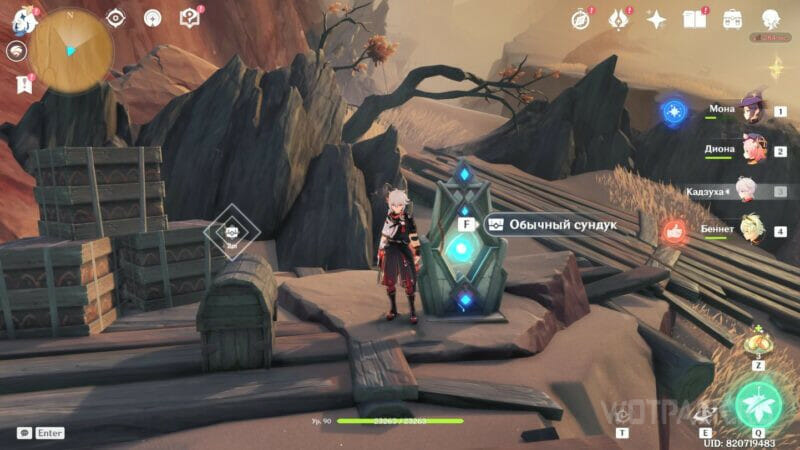 Plan to him through the cliff. Take as a reward regular chest.

Run to the road that stretches across the eastern territories of Mount Damavand.

Take the blue light and climb the hill, passing the group of Hermits – you can use the withered tree and the four-leaf symbol as a guide. At this place, reactivate the pedestal and continue move in the same directionfollowing the column of light.

Turn to the northeast and from the cliff of the dunes, plan to the next structure. After that, jump down from it and, having equipped the glider, fly to the incarnation mechanism.

After dealing with the Guardian of the Ruins, take the reward in the form regular chest.

Use the teleportation point to reach the fifth spirit of the wind’s omen.

Activating it and focusing on the column of light, plan in eastbound. After passing the withered bark of a tree, which has an amazing chest blocked, and proceed towards the Sands of al-Azif – you can use the teleportation point as a guide.

Turn right and glide to the next structure across the cliff. After ignoring the group of Pyro slimes, go down in a southeasterly direction. At the next Sanctuary of the genie is the incarnation mechanism.

After reaching the northern zone of Mount Damavand, take the blue light.

Exit to the cliff, bypassing the dilapidated obelisks, and glide to the illuminated pedestal. Climbing up the dune to stretching Anemo moldagain go to the edge and, having equipped the glider, go down.

Through the Sanctuary of the Genies, move east, focusing on the column of light. Once again, activate the structure located on the territory of Qusayr al-Inhid, and then go to the abandoned dilapidated temple. For fast travel, do not forget about the existence of four-leaf symbols.

7 wind omen spirit in the land of three channels

Stop between two points of teleportation of the Earth of three channels: external and underground, near the Primordial Obelisk. Activate the structure located on the wall of the ruined temple.

Turn north and past the group swirling Pyro molders, climb the dunes to get to the next pedestal. Change course to the northeast and glide down at the cliff.

Then equip the glider once again to safely descend to the third Wind Omen Spirit Refuge along the way. The incarnation mechanism, in turn, is located next to one of the tombs of the depths of the Hadramavet desert.

We hope our guide helped you complete the mysteries related to Omen Spirits and Manifestation Mechanisms in Genshin Impact. If you have any questions, write to commentsso that the author or other players can help. Follow the current walkthroughs and guides on the game on our website.

Former Inter and Roma star could end up in Serie B

BLAST to Host Not One, But Two RMR Open Qualifiers Following Community Complaints

Don't believe what they say about washing machines!

Foxconn says its open EV platform will save development costs