Windows 11: the first preview of the new File Explorer is very enticing

Mock-ups of what should be the future design of File Explorer have been published by Windows Central. A really welcome and very enticing redesign. 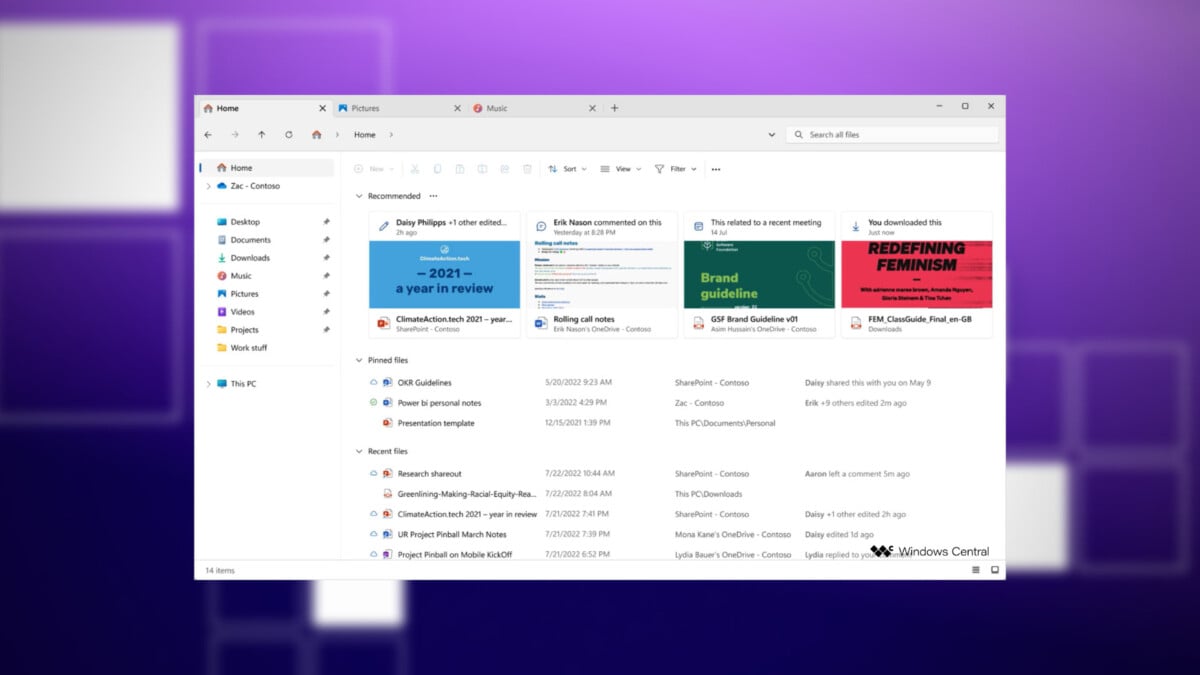 For several months now, we have regularly heard about a redesign of the Windows 11 file explorer. Redesign which has also already been seen on the Dev channel for system updates last June and bringing tabs to simplify navigation.

According to Windows Central, Microsoft still plans to make a number of improvements to this design, integrating new features at the same time.

On the mock-ups shared by the specialized site, we obviously see the tabs, but also a redesign of the header. The navigation buttons are better highlighted there and a “Home” button appears in addition to the one allowing you to return to the desktop display. This home page highlights “recommended files”, “pinned files” and “recent files”. A way to facilitate access to content above all.

The already existing buttons (copy, cut, paste, sort, display, etc.) go down a notch to get closer to the contents of the folder. A positioning that seems much more coherent. The navigation menu, on the left, also gains in readability and modernity with clear separators and increased highlighting. 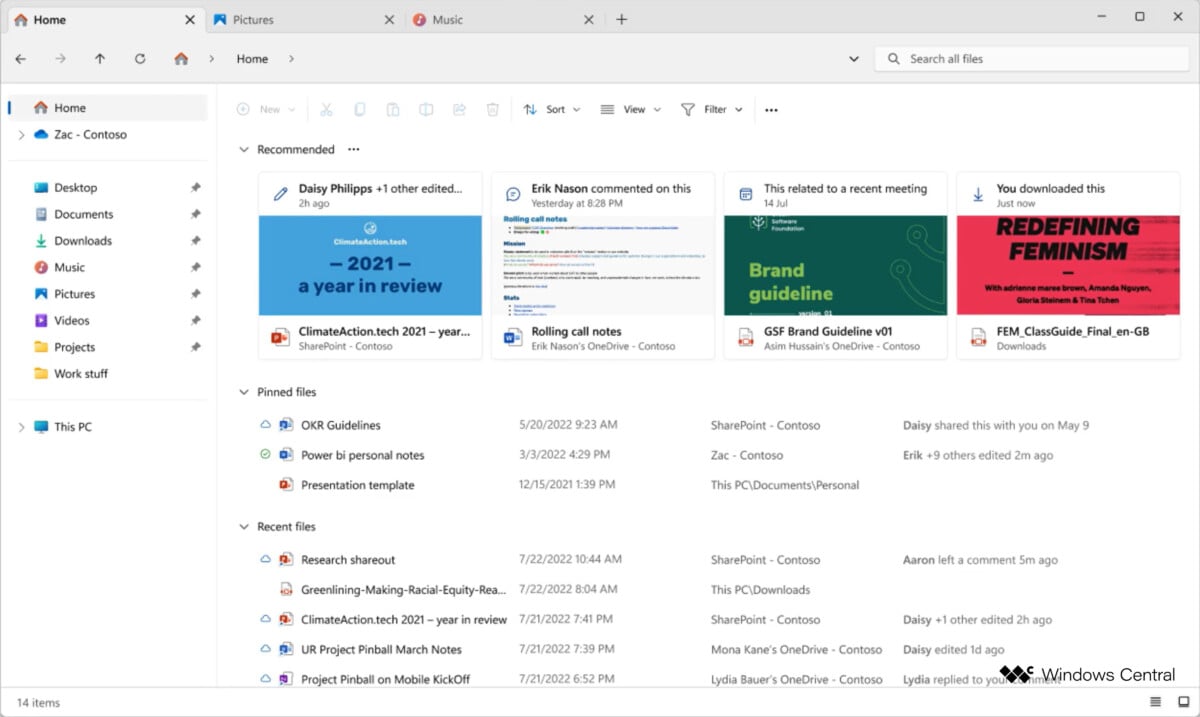 A mock-up of the next design of Windows 11 File Explorer // Source: Windows Central

According to Windows Central, one of the goals of this new design is to make the whole thing easier to use with a touch screen.

Apart from this change in appearance, this File Explorer update should also bring some new features. Windows Central, for example, evokes a “richer photo viewing experience via a new Gallery”. Passing your mouse over an image would allow you to have a broader view of it. 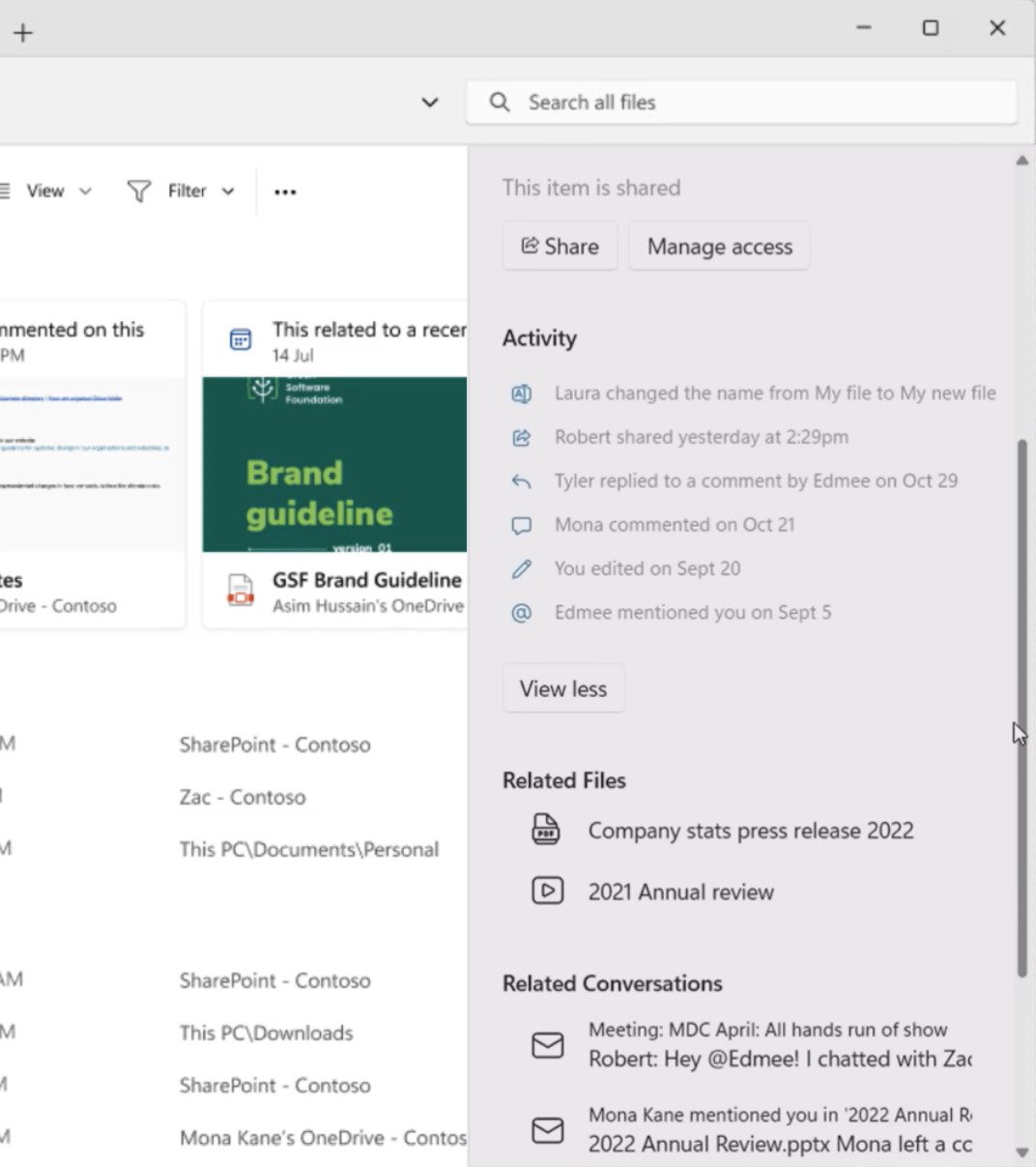 It would also be possible to better organize the files by assigning them tags and color codes, like what Apple already does on macOS.

Finally, a more complete integration of Microsoft 365 would allow quick access to conversations from emails to accentuate the collaborative side.

All these new features should arrive in the course of 2023. We should therefore taste them this summer, or during the 23H2 update this fall.

Luna Abyss: How Much Destiny-Like Do You Want? Yes!

Ryzen 7000 with RDNA3: First benchmarks of the integrated graphics sighted

Dreame L10s Pro review: a mop vacuum cleaner that almost manages on its own

Shadow Gambit: The Cursed Crew - The makers of Desperados 3 return in 2023 with a new IP - Cerealkillerz

The unlikely origins of the best role-playing game in history