Xiaomi electric car is already being actively tested on the road

Lei Jun, CEO of Xiaomi, has a huge impact on the production of a new electric car. Production of the new car is expected to begin in the first half of 2024. The company’s total investment in vehicle production for the first three quarters of 2022 was CNY 1.86 billion, which is more than US$270 million. 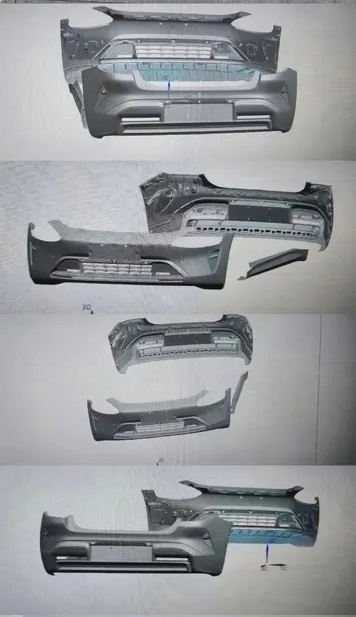 This is an image posted on Weibo. In the photo, you can see the design of the fog light zones on both sides, similar to an air deflector, and the shape of the headlight is relatively rounded.

According to reports, the company is considering the release of two options – one will cost from $38,000 to $43,600, and the second – from $51,600. The junior version will receive standard BYD lithium iron phosphate (LFP) batteries for 400 V operation.

It will also receive numerous sensors developed jointly with the German company Continental, including cameras and radars operating in the mmWave range – the same ones used by the Chinese Li Auto One premium crossover. Below you can see photos taken by reporters during testing of the pre-production sample.

A more expensive option will be built on an 800-volt architecture and use CATL Qilin Batteries that can be charged from 0 to 80% in just 15 minutes. The novelty will receive an Orin X processor from NVIDIA, as well as a leader. The system will run on algorithms developed by Xiaomi. Both versions will receive “smart cabins” based on Qualcomm 8295 chipsets, which will be used for the first time in the Jidu ROBO-01 model.

Taras Bega: “In 2015, we demonstrated that there is nothing impossible in sports”

Saga of Sins - Released in March

Hogwarts Legacy: character editor in the video and plenty of gameplay

The range of the IONIQ 6 surprised even Hyundai!