While exploring the borders of the desert region of Hadramavet in Genshin Impact, some players may have noticed several blocked elemental monuments in the Break Legs Valley area, representing four different elements. However, the solution to such a riddle may not be obvious to many, since the activation of the pillars is associated with various tests.

In this guide, we’ll show you how to unlock the four elemental monuments in Breakleg Valley, find clues, and solve the riddle for a generous reward.

The four elemental monuments can be found at any time in the area Perelomai-nogi valleydirectly opposite the teleportation point at the foot of Mount Damavand, on the opposite side of the gorge. 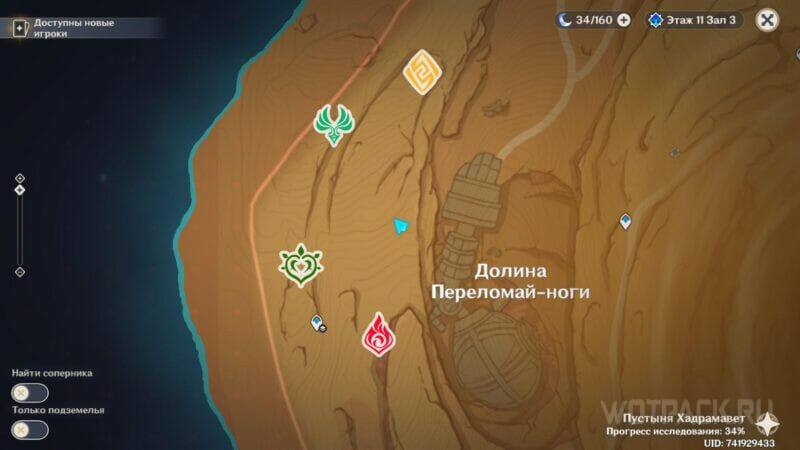 Schematic arrangement of tests of the relevant elements

The elemental monument puzzle requires the completion of four different challenges, triggered at specific locations near the puzzle itself. In order to find the necessary points, it is necessary to follow the path of four-leafed symbols leading from each monument to the beginning of the test.

If four-leaf symbols do not appear, try come close to the required monument.

How to unlock Pyro Monument 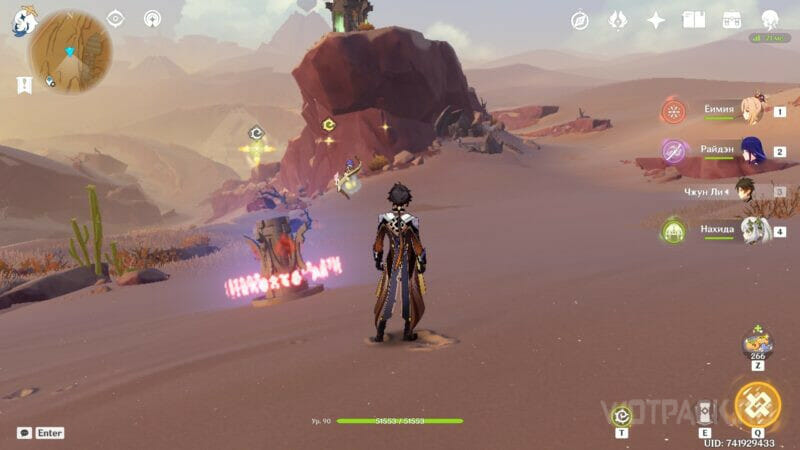 Use the four leaf symbols to reach a small platform with rich chest near the cliff where the Shrine of the Depths of Sumeru is located. Move closer to the reward to summon several opponents.

To unlock the Pyro Monument, you need to deal with three waves of opponents:

After all enemies are defeated, the elemental mechanism in the center will activate. automatically.

How to unlock Dendro monument 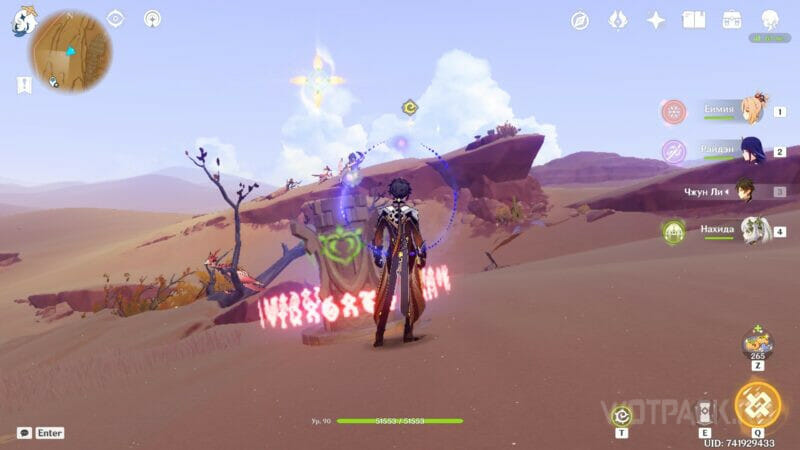 To activate the Dendro monument, go to the rock where the four-leafed symbols point. Near an ordinary chest the first enemy will appear immediately.

Fight two elite enemies in the form of Hermits noon thunder and leaf circle dancer take turns to light up the Dendro symbol in the center. 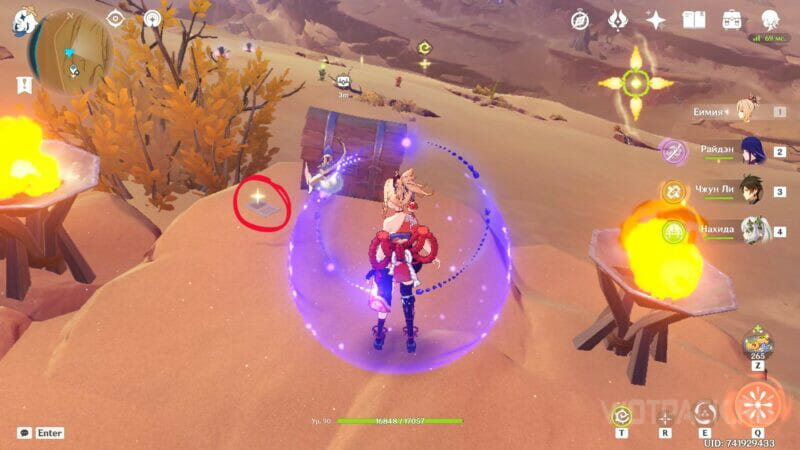 Next to the chest, which is unlocked after defeating all enemies, you can also find a mysterious page from the Thousand Nights series.

How to unlock Anemo monument 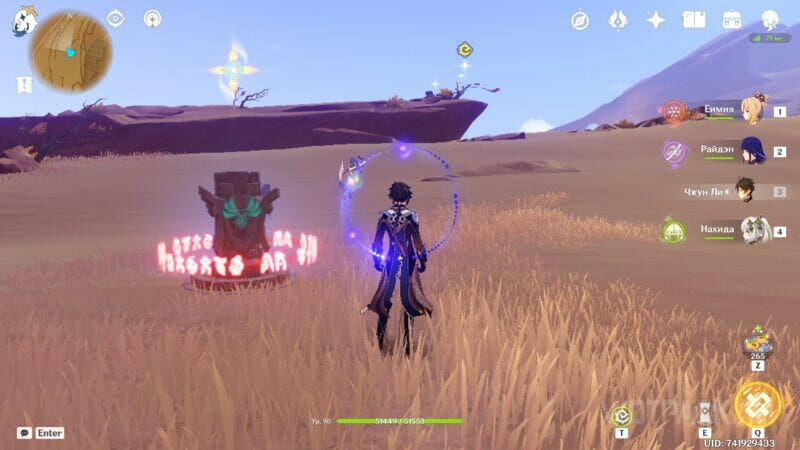 To light the monument of the Anemo element, you will have to go to the rock at the very edge of the map. Use a chain of four-leaf symbols to get to the right place faster.

Defeat two Hermits flaming ice and Windhunterto activate the mechanism and pick up gifts in the form of another regular chest and the enigmatic page of the Thousand Nights. 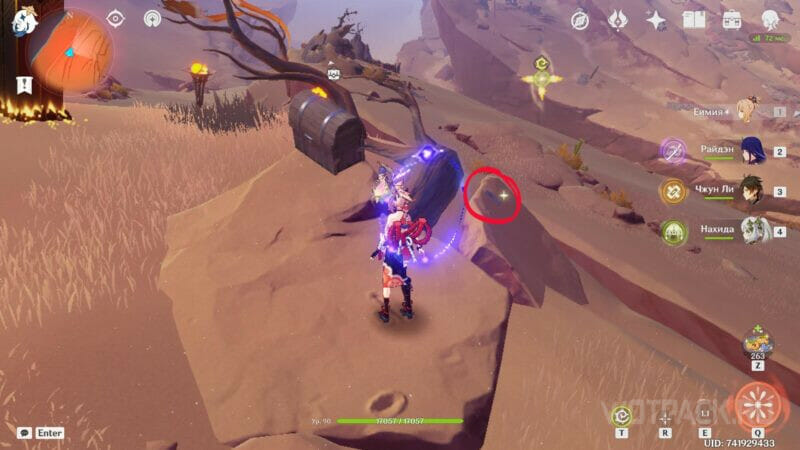 How to unlock Geo monument 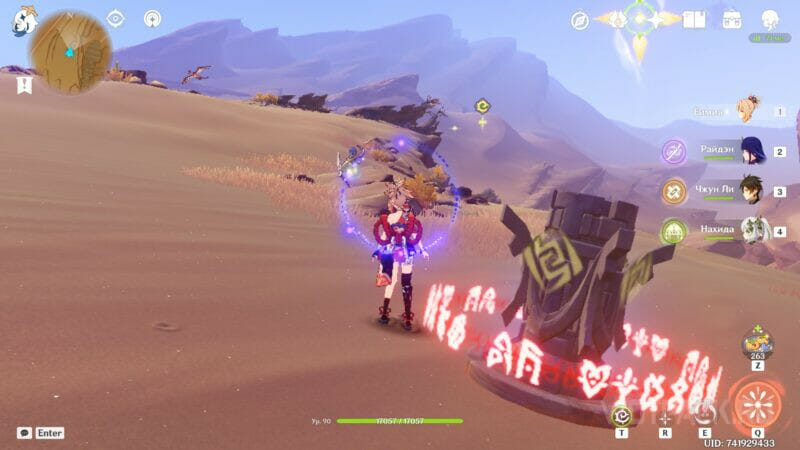 To activate the Geo element in the puzzle, follow the path of the four-leafed symbols in a northerly direction, up to a rock with another test.

To complete it, you will need to defeat two ordinary Hermits and an elite Stone Enchanter.

When all enemies are defeated, a nearby platform will open rich chestand the corresponding elemental symbol will light up on the puzzle point. 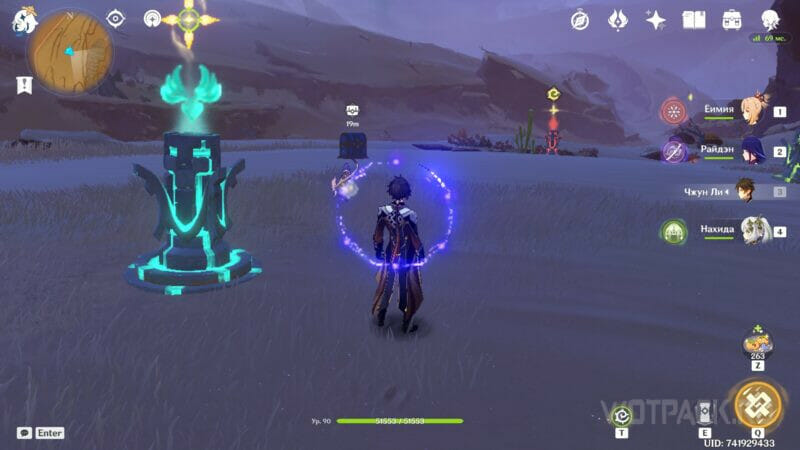 Do not forget to return to the center between the monuments after completing all four tests and pick up the main prize.

For passing the tests and opening all the chests present in the puzzle, you can in total receive:

We hope this guide helped you solve the puzzle with 4 elemental monuments in the Valley of Break Legs in Genshin Impact. If you encounter any difficulties during the solution, you can share them in comments. Solutions to other puzzles can be found in our Genshin Impact Guides section.

Announced the release date of the update “Elgasia: epilogue” for the Russian-language Lost Ark

PlayStation VR 2: this Resident Evil will be available at launch, it’s official

November update available for Xbox Series X|S and Xbox One, making it easier to communicate via Discord and more